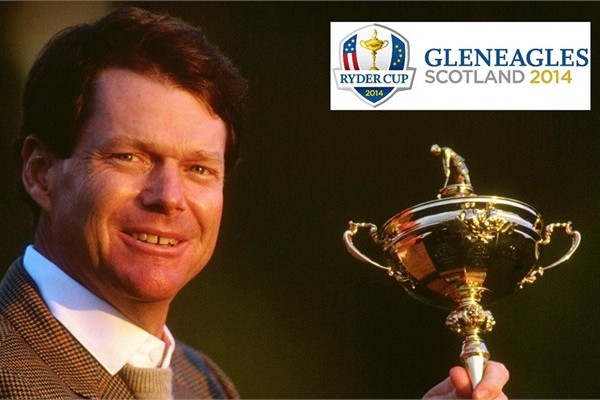 It is official Tom Watson will captain the USA Ryder Cup Team in Scotland.  There is a little bit of controversy over Tom Watson being named the next Ryder Cup captain.  First off Larry Nelson, who has a great history in the Ryder Cup, has been passed over a few times in the past, and more than likely will never get the nod from the PGA Tour to be a captain.  There is no official word from the PGA if Larry Nelson will ever get picked, but the likelihood is severely diminished now that he has been passed up yet again.  David Toms was another likely candidate, but alas he too was skipped over for Tom Watson.  Freddy Couples was another contender, but his closeness to the Presidents Cup might count against him.

In years past the Ryder Cup captain has been a mid 40’s current player on the PGA Tour who is a Major champion. Think Corey Pavin, Paul Azinger, and Davis Love III.  All still played on the PGA Tour (a full schedule) during their captaincy and all have Majors under their belts.  For the 2014 Ryder Cup the PGA Tour chose Tom Watson.  65 years old, but still currently plays PGA Tour events (just not full time anymore).  Even if Tom Watson doesn’t fit the age requirement he definitely is the best man for the job.

Why is TOM WATSON the best man for the job?

The Ryder Cup has become one of the most crucial events in the game of golf, and really of all sports.  The ability to play for and root for your country is something that we as golfers do not get to do very often.  The Ryder Cup is a special event that if you are lucky enough to attend will be remembered for the rest of your days.  The Chicago Golf Guy is not an exception.  I will never forget how great it felt to be a part of golf history (win or loose) and what it meant to me as a golfer from Chicago and ultimately as an American.

Golf is not always a kind game.  You can hit a perfect drive down the middle 300+ yards and find yourself right in the middle of an old divot.  The game of golf has never been described as fair and just.  Sometimes the golfing gods are with you and sometimes it feels as if they are doing everything in their power to keep you from playing this game ever again.  Unfortunately, the golf gods have not smiled on Larry Nelson. I don’t believe he will ever get the privilege of being the Ryder Cup captain.  I do believe however that Tom Watson is the best person to bring home a victory from foreign soil for the US Ryder Cup Team.  I very sincerely hope that I get to attend the 2014 Ryder Cup in Scotland, and I can see a US Victory so far from home.  That would almost make up for the gut wrenching loss at Medinah…almost.