The Tour Championship~ My Expert Pick: 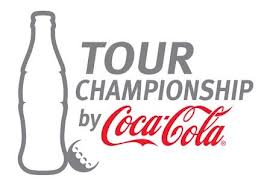 Rory McIlroy, Tiger Woods, Nick Watney, Phil Mickelson and Brandt Sneadker all have their own fate in their hands.  They do not need anything additional to happen to win the FedEx Cup.  They win the Tour Championship, they win the FedEx Cup.  Doesn’t matter if someone else finishes T3 or worse than the top 15, all they have to do is win the tournament, and they get a bonus $10 million.  Anyone outside the top five can still win but it would depend on the guys above him finishing in certain spots.  i.e. Dustin Johnson is #7 and would need certain finishes out of the top five and a win to be the FedEx Cup Champion.

My feeling is the book makers are going to put all their money on Rory, Tiger or Phil, and those are always great bets.  Tiger Woods is Tiger Woods.  The man is the greatest golfer to play the game in the last 15 years (maybe ever).  He is always a good bet, and he has won this tournament in the past, and he is our only multiple FedEx Cup winner.  Rory McIlroy is golf reborn.  He is funny, charismatic, hits the ball a ton, has a beautiful golf swing, the crowd loves him, he is the #1 player in the world, #1 on both money lists (PGA Tour and European Tour), has won two of the three FedEx Cup tournament so far, and he is at the top of the points list right now…who wouldn’t pick Rory McIlroy.  He is a no brainier, and he has the best chance of winning the FedEx Cup without a win at East Lake, as long as someone else in the top 5 doesn’t come out on top.  Phil the thrill Mickelson is the mighty lefty.  He is the swashbuckling golfer of our time, and no risk is too big for Mickelson.  Sometimes his big bets pay off in huge dividends, and other times they take him right out of the tournament.  With is new putting grip and his game seemingly firing on all cylinders Phil is a great choice, as long as he doesn’t take any big risks that don’t pay off.

Who am I going to pick for the Tour Championship winner and the FedEx Cup Champion????? My choice is an easy one.  I hate going with the flow, and I hate when people jump on the current bandwagon of whose hot right now in golf.  Golf is a funny game, and one putt here or there can make or break these guys.  One putt can make a tournament when the field is 140, narrow that down to the top 30 players in the world right now (which is what the Tour Championship is…the best 30 golfers in the world right now) and the margins become even smaller.  So we have the best players in the world, playing for a huge prize pool and pride, and the nerves are jumping so it really is anyone’s game, but I think there is one clear choice.  My pick is Dustin Johnson.  He is playing great right now, he is on the fence of being the next best American Player, he has finished no worse than T6 in all three playoff events this year, he has had a chance to win some of golf’s biggest tournaments, and he has been a FedEx Cup major contender in the past.  Dustin is on the verge of a huge break through and I think that is going to be this week at East Lake during the Tour Championship.  We can argue that no one has played better than Dustin during the last few weeks (save for McIlroy).  He has had some trouble in the past when the pressure is on (2010 US Open & 2011 Open Championship).  He has made some mistakes when the stakes are at their highest (2010 PGA Championship).  He did not play well last year at the Tour Championship and was part of that equation that needed to happen for Bill Haas to win.  However, I believe that we are going to see a new DJ.  He is

the big swinging American who has been there and back again and it is only a matter of time before he takes down a big win and breaks through into golf’s elite circle.  DJ is my guy.  I am sticking to it, if you don’t like it then you can grab a seat on the Rory or Tiger Bandwagons and ride along with the rest of the sheep on the golf channel, but me I am going with Dustin.