Team Euro is set. Who will the USA take to the Ryder Cup? 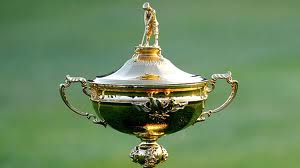 Eight players are officially on the team for the Ryder Cup (American Side), and Captain Davis Love gets four picks to finish out the 12 man team.  Davis can pick anyone he wants.  He could pick his brother in law, he could pick his gardener, he could pick the caddy master out at Medinah.  But we all believe there are about 5 or 6 guys that did not make the team that are up for those four spots.  So who are those players and what are their chances? These 9 players are the top Ryder Cup points winners without making the team.  The farther down the list the least likely the chances a player has to make the team.

Steve Stricker is a Ryder Cup veteran, he is an older player (by today’s young guns standards) and he is an asset to the team.  I think that Steve is one of the easy choices out there.  Stricker is a very solid player, and he can keep the big guns stable during tight matches.  Stricker is a great partner for Tiger Woods, and he can match well with other long ball hitters that need a little experience and someone to keep those rookies grounded and ultimately win more points for Team USA.

Hunter Mahan just got pushed out by Phil Mickelson for the number 8 spots.  Hunter started this 2012 season on fire.  Two wins, one of which was a WGC Event with a really strong field, but of late he has not played as well as he was a few months ago.  Hunter might be the bubble boy, but his play lately might keep him off the team.  Mahan needs a great PGA Tour Playoff finish to secure his spot on the team.  NO Davis Love is not going to penalize Hunter for his double chip late in the match against Graeme that ultimately lost the US the Ryder Cup in 2010.  You can’t blame an entire team loss on one player and on one shot.  Although missing the cut at the Barclays probably caused Hunter to lose a lot of ground for the Ryder Cup pick.

Jim Furyk is having a great year against anyone’s standards.  The problem with Jim is that he has lost two huge tournaments on the 72nd hole from nothing other than just bad play.  Furyk the 54 hole leader at the US Open came down the stretch and just fell apart.  When he needed a birdie on the last hole to get into a playoff he missed the green from 100 yards and ended up making a 6.  Fast forward a month or so to the WBC Bridgestone Event and he makes another 6 on the last hole to lose the tournament.  Two epic losses + some bad play prior to the playoffs + missing the cut at the first stage of the playoffs at the Barclays = a very difficult case to push for a Ryder Cup captains pick.  I am not saying Furyk is out, but he is a long shot right now.

Rickie Fowler should be picked just to improve the amount of teenage girls that show up to Medinah.  All jokes aside Rickie is a huge fan favorite, he has Ryder Cup experience, he is a heck of a great player, he got his first PGA Tour win this year, he is playing well right now.  He should get a nod from Davis that says don’t worry kid your in.  Rickie’s good finish at the Barclays definitely puts him in the top four right now, and as long as he keeps the pressure up, he will make the team.

Brandt Snedecker is moving up the Ryder Cup leader board with his 2nd place finish at the Barclays.  He putted great on very tough greens, he took down a big golf course, and without Nick Watney playing so well on Sunday, Brandt could have gotten a winner and in my mind a definite spot on the US Team. If Brandt can have another great finish at TPC Boston I belive that he will get a captains pick, and be a Ryder Cup Rookie this year.

Dustin Johnson was out on the injured list for half of the 2012 season.  He comes back and get a top 25 in his first tournament and then wins his second event after his injury.  Even without playing for half of the season DJ still managed enough points to get him to the top of the points list.  I believe that if DJ wasn’t out sick for 5-6 months that he would have qualified on his own.  He is a big gun with the game to take down any player at the Ryder Cup, Rory included.  His T3 at the Barclays yesterday and a 68 finish when most players were over par, really jumps DJ up in the pick category.  He also has Ryder Cup experience and a huge asset to the team.  ** I am a big DJ fan, and I will be very much disappointed if he didn’t get picked and I couldn’t watch him play on Sunday. ** 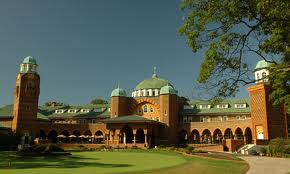 Nick Watney is another new candidate because of his win at the Barclays.  Nick might have gone unnoticed because of a very average 2012 season.  But with a win at the Barclays at Bethpage Black on some of the toughest greens that the PGA Tour has put out there all season, as well as hitting 17 of 18 greens, definitely he is in the mix of Ryder Cup picks.

Bill Haas last years FedEx Cup Champion and a phenomenal all around player, probably played himself out of the Ryder Cup with out a great weekend at the Wyndham and now missing the cut at the Barclays.  At this point it would take a run away victory at the TPC of Boston the second stage of the PGA Tour Playoffs in order to get him back into the mix.

Davis Love III is a major champion, a wonderful PGA Tour player, a veteran of the Ryder Cup, and all around great ambassador to the game of golf.  With the Ryder Cup being held in Chicago, and for the first time, I cannot think of another person I would want to captain the United States Team. However, I do not envy DL3 and his current condition of who to pick for his team, and to back up that decision with a victory at Medinah is a feat that is better left in his capable hands.

No matter who gets the four captain picks I believe the the Ryder Cup at Medinah is going to be a great match and I am very excited for it to take place in my own back yard.  See you all at the Ryder Cup in a few weeks. 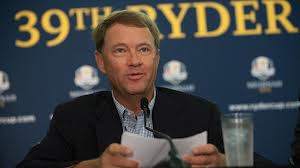