Golf in Chicago on January 6th in 50 degree weather? 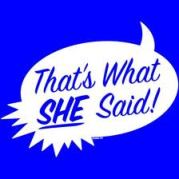 I had to read the title of this post a few times to realize that it was actually true!  Golf in Chicago in January and it was over 50 degrees outside.  What a day.  Unfortunately every other golfer in Chicago thought the same thing (its so nice out lets go play golf) and the courses were booked solid.  With my keen eye for weather I had the foresight to make a tee time at St. Andrews in West Chicago.  Since I have already reviewed winter golf at St. Andrews I thought I would talk a little more about the round and some funny things that happened.

Now on this particular day my group was a threesome.  So the starter asked if we could get paired up (most people do not like to play with others, but I try to keep a kindergarten state of mine and play nice with others) and we obliged.  A twosome in their own cart were looking to get slotted in, and we were the only non foursome.  Fivesome here we come.  The twosome kept to themselves, and we all have a really nice time.  Hanging out on the tees and greens (more tees than anything cause we are waiting on every hole, so remember take the good with the bad) telling golf stories, joking a little bit, and just enjoying the great weather we are having.

I play golf all year round, and there is nothing worse than coming up on the first tee and there are four or five groups waiting to tee off no matter what the weather is.  The nice thing about four or five groups on the tee though is the camaraderie of all those golfers forced to talk to one another.  You get great tips on what courses have great deals, and are in great shape.  You get to show off that new putter, or just talk golf with guys who are just as crazy about it as you are.  All while practice swinging or hitting little flop shots at the cart.  You just have to accept the good with the bad.

On the 16th tee the temperature is dropping (it is roughly 3:30-4:00pm and the sun is starting to go down) and the ground is getting a little harder.  We are to the point now that it is getting a little tough to get a tee in the ground.  Everyone is trying to save their tee, but its impossible because only about a 1/2 inch of ground isn’t rock solid and I forgot to bring my trusty sledge hammer to pound in the tees.  Anyway, myself and the rest of my threesome tee off, and we are waiting for the other two guys to hit.  First guy gets down on his hands and knees to get the tee in the ground with two hands, finally succeeds and actually hits a great drive (despite having to get down on his hands and knees and use two hands to get a tee in the ground).  Second guy in the twosome is having real difficulty getting a tee in the ground, and I say why not try to tee up in a divot, maybe the ground is a little softer.  His response is “I will try to stick it in his hole”.  All I could blurt out was “that’s what she said”, and the tee erupts with laughter and we loose at least five minutes of good daylight.

Waiting on every tee, and in every fairway, a five hour round, not enough daylight to finish those are things to make a normal golf day that we take for granted into a crappy round.  Add in that this particular 5 hour round was in the middle of January, and it was 50 degrees outside, and a guy in my group actually said I will try to stick it in his hole!  I will take more time to enjoy the game, and savor those times that can only happen on a golf course and remember that we could all be at work or stuck inside with a foot of snow on the ground.

He really said that I swear!